Last year I conducted a side-by-side comparison of onions grown from Franchi seeds with onions grown from plants purchased at a local garden center. The seed-grown onions were so successful that I will never again be tempted to grow onions any other way! If you’ve never grown onions from seed, you will be amazed at how much fun it is — they grow vigorously and quickly.

I started Borettana onion seed in mid-January, one of the first vegetables I seeded. They germinated well and three weeks later were ready to be separated into cells, in clumps of three or four per cell. I used 72-cell trays. The seedlings need a trim every so often as they grow to keep from toppling over — just take a pair of scissors and shear them down to about 4 inches tall.

In mid-March I transplanted 44 cells outside into a raised bed. For comparison, I bought plants of the varieties Candy and Red Candy and planted those in the same bed. Both sets of plants grew well and by the first week of July the tops were beginning to fall over.

That’s the sign that it’s time to harvest. In a normal summer, I would pull the onions and leave them on top of the soil for a few days to dry down. But this year, the so-called “heat dome” was sitting right on top of our farm, and I worried they would literally cook in the garden. So I spread them in crates, tops and all, and left them on a shady porch for a couple of weeks. The tops died down completely and the skins hardened. At that point, it’s okay to cut off the tops, brush off soil, and move them to storage. Borettana is a good variety to braid and it stores well; mine were still firm six months later. 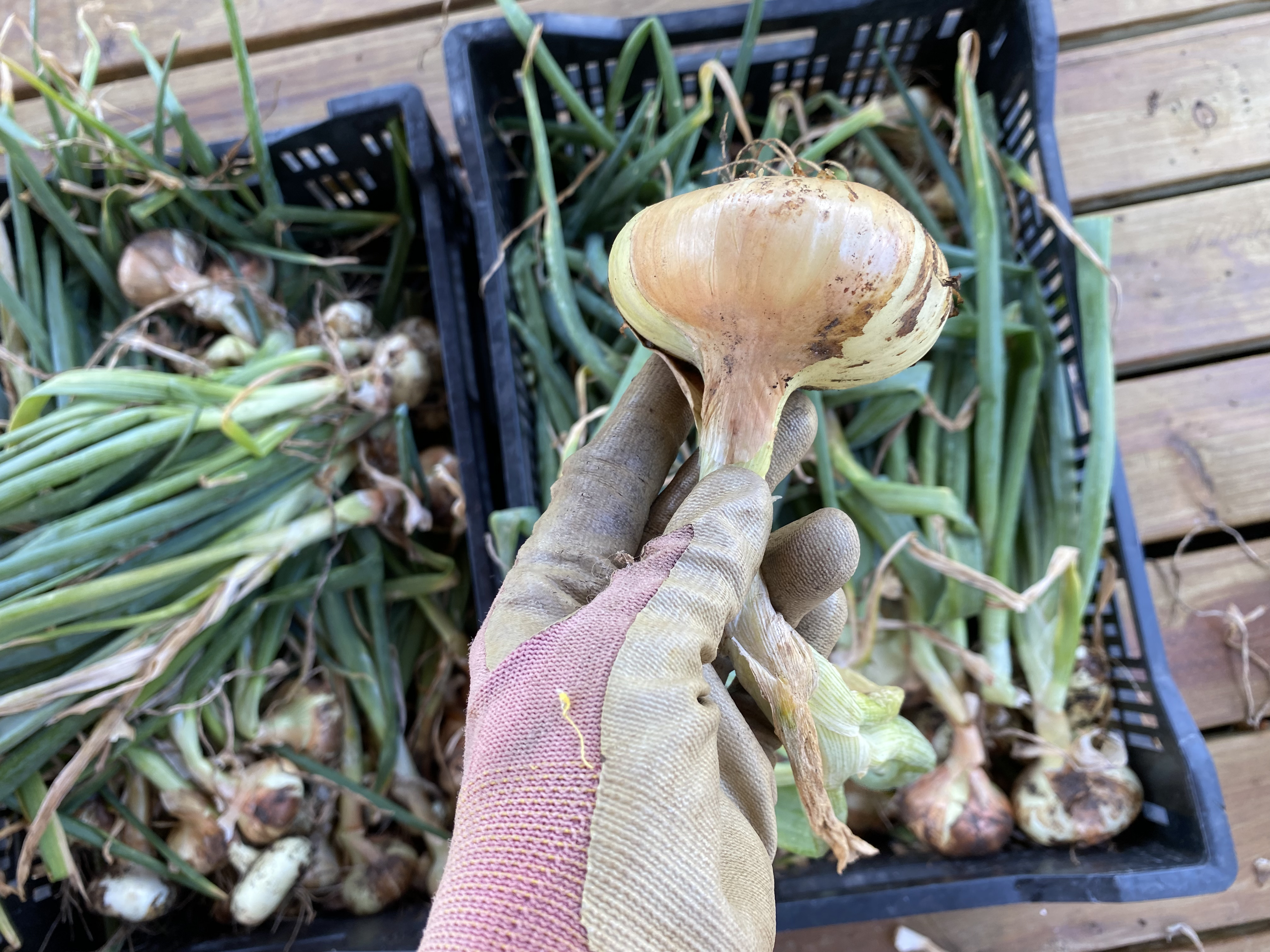 As for the comparison: The seed-grown Borettana onions were much larger and more uniform than the onions grown from plants. They were also very solid, unlike the Candy onions, which had soft spots on more than a few of them.

In sum, the $5 packet of seed produced 21 pounds of beautiful, organic storage onions and multiple harvests of green onions. There’s plenty of seed left over, too; although onion seed has a reputation for short viability, I have gotten two years from seeds that were stored properly, cool and dry. (Here’s how to test old seeds to see if they are still viable.

Finally, one last reason to grow onions from seed is the variety selection. You simply won’t find unusual varieties like Borettana as plants. So make a note to yourself to grow your own onions from seed this year!

We expect a shipment of fresh seed to arrive in mid to late January. We’ll send an email when the seeds arrive, so if you don’t get our emails, you can sign up for them by scrolling to the bottom of this page and providing your email address.